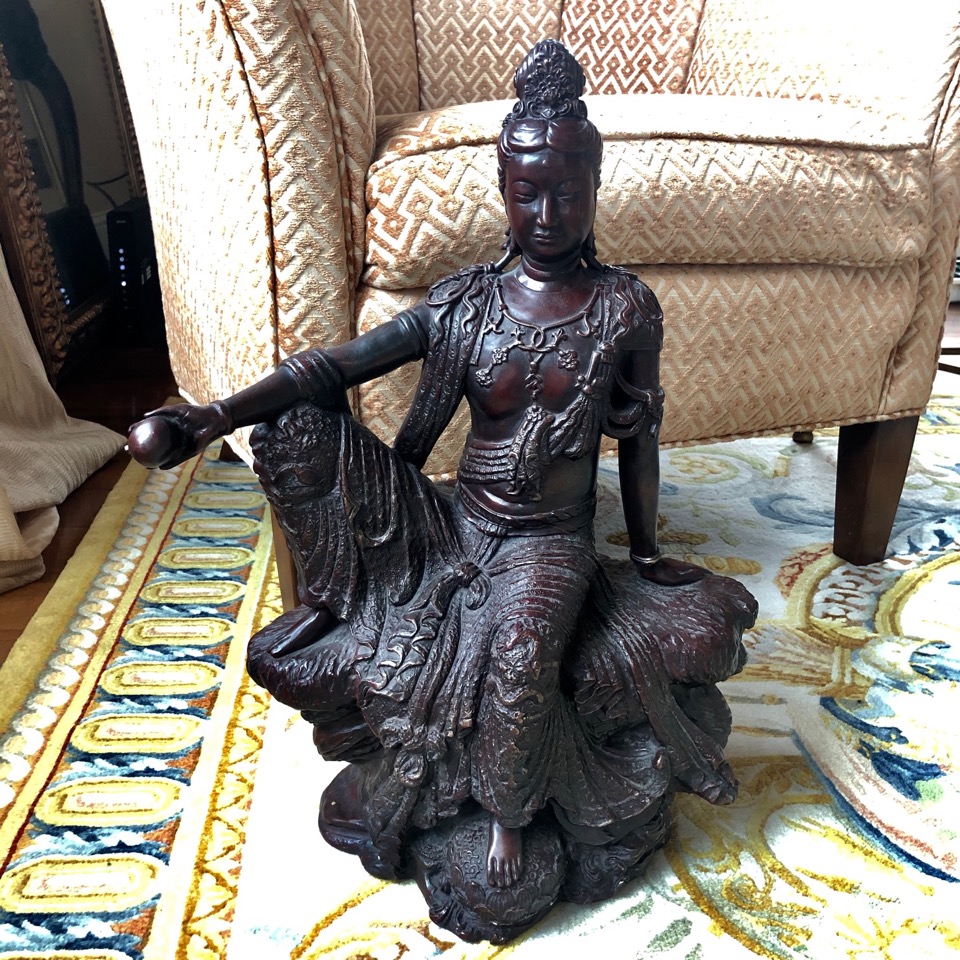 Six weeks ago I had a coaching session with a team of women who work for a local company.  Their leader is a smart and dedicated executive who cares deeply about her staff and her organization’s mission.  She’s become a friend I respect and admire, and I’d like to share a story about her and the power of love.

The day before our session, I learned that my friend Sara (not her real name) who is pregnant with her second child, had been given some tragic news.  During a routine checkup, Sara and her husband were told that their daughter had fluid in her chest and it was affecting the development of her lungs.

Sara was told to expect the best but plan for the worst.

Of course she was devastated, and when I arrived for our meeting, I knew we needed to focus our time on supporting Sara rather than on strategic business issues.

I believe in the power of intention and the ability of an aligned group to influence consciousness.  And I believe in Sara and her team.  I’d seen them ban together to tackle difficult situations before and had no doubt they could rally for this one, too.

Our mission was clear:  Create a plan of action to support the full recovery of Sara and her little girl.

The first thing I did was invite Sara to choose an image that she could call upon when she felt scared.  I asked her to close her eyes, get centered, and allow her soul to give her a vision of something that would represent comfort and healing.  That way Sara could summon this image the moment she felt anxious, and needed to soothe herself and her baby.

Sara imagined Kuan Yin, the Goddess of compassion and mercy, holding them both on her lap.

Next, I invited the team to join me in a tapping session so everyone would know how to create a calm state of mind and a relaxed body by lowering cortisol levels.  As most of you know, I can’t recommend tapping enough especially for trauma and anxiety, and I’ve seen it work miracles in people’s lives.  (You can download a new app that makes using this tool quick and easy from TheTappingSolution.com)

Finally, the team crafted an affirmation they would use whenever Sara needed reassurance and support.  I joined them with a commitment to text Sara daily with an empowering image and affirmation.  Both would be focused on clearing her daughter’s chest of fluid and supporting the healthy formation of her lungs.

Four weeks later, Sara and her husband were back at the doctor’s office for a follow-up meeting.  After being prepared for a possible early birth and a multi-week hospital stay, they headed to the ultrasound machine for another look at their daughter.  As the picture emerged on the screen, it was obvious things had changed.

The little girl’s chest was nearly clear and her lungs were forming beautifully.

Excited and hopeful, I knew we weren’t done. Clearly our plan was working but we needed to keep at it.  We continued our efforts to support the intention of full and complete healing for our little sister in the womb.

At the next checkup, all was well.  The fluid was completely gone, her lungs were beautiful, and the doctors were shocked at the difference.  “In the twenty-five years that I’ve seen this problem in a developing fetus,” Sara’s doctor reported, “I’ve never had a chest clear like this.”

When I spoke with Sara, she told me that the doctors were considering writing a study about her daughter and the amazing change to her health.  I smiled when Sara said, “It will be a study on the power of love.”

We are so much more than we know.  And when we join together, all bets are off.  We just need to focus, craft an intention, keep returning to the vision we hold dear, and surrender the outcome to higher plan.

And we need to trust in the healing power of love.

PS – Our next retreat is scheduled for October 25th-27th and if you’d like to know when registration opens, put your name on the waitlist here.

PPS – Waking Up in Winter: In Search of What Really Matters at Midlife is now available in paperback.  You can learn more here.

Step away from the keyboard!
Scroll to top