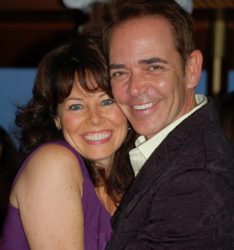 Last night I had a dream about Poupon.  In it, I was with my friend John Holland at a conference and after teaching, we decided to enjoy a glass of wine together.  Before going to the restaurant, I told him I needed to stop by my room to check on Poupon.

Strange, I thought, that my cat would be in my hotel room at an event.

When I opened the door, I found two sofas facing each other in the middle of the room.  On one sofa sat a litter box filled with old sticks and dried up, spoiled food.  On the other, a bird feeder half filled with seeds, the rest scattered about the cushions.

As I cleaned out the litter box and picked up the seeds, I wondered where Poupon was, but I wasn’t too concerned.  I could tell he had eaten some of the seeds for nourishment, and I assumed he was nearby, just not in sight.

Dreams are so amazing in the way they use imagery and metaphor to bring unconscious information to consciousness. My journals are filled with nightly musings, some of which I share in Waking Up in Winter, and I’ve been working with them for years.

Back to the dream so you can see what happens.

As I listed the events in my journal as a way to work with the dream, I marveled at the symbolism.  For example, John Holland is a gifted medium who helps people communicate with loved ones who have passed.  Over the years, I’ve watched him deliver remarkable evidence and messages that have brought comfort to those struggling with grief.

It made sense that John would show up in a dream about Poupon since I’ve been grieving his death and longing to feel more connected to him in some way.

Next were the two sofas.  Just last week, John and I talked about the release of his new book on February 27th.  The book is called, Bridging Two Realms: Learn to Communicate with Your Loved Ones on the Other Side.  When I considered the two sofas and the items sitting on each one, John’s book came to mind.

One sofa held a litter box that represented the past with its spoiled food and lifeless objects.  Not only that, it was also a literal message because I still had Poupon’s litter box sitting in the room he occupied when he died three months ago.  I hadn’t been able to let it go even though it represented such a painful memory.

The opposite sofa held the life-giving seeds that not only nourished Poupon in the dream but also represented a daily ritual that’s provided me with comfort since his death – feeding the birds and squirrels that come to visit each morning.

The hotel room itself represented a temporary, in-between place I occupied with Poupon.  Limbo is a familiar stage for those who grieve.

As I worked through the dream, I realized that my psyche was inviting me to bridge two realms – to form a new kind of connection with Poupon now that he had transitioned from a physical body to spirit.

Later in the day, after sitting with the dream, I also knew it was time to let go of the litter box.  I did so with a sense of peace knowing that it was an important step in the healing process and a way to move into a new relationship with our little boy.

This is what dreams can do – help us to heal and promote forward movement.

When I called John to tell him about my dream, I learned that he’s appearing on the television show, The Doctors, on Monday to demonstrate his gift.  During the show, he delivers a helpful message to a woman who lost a loved one.  Check local listings here or be sure to set your DVR.

Everyone dreams.  Not everyone remembers his or her dreams.  But if you start paying attention, and write them down (even fragments), you’ll be amazed by what you learn about yourself.

P.S. – Our next “Self Care by the Sea” retreat in May is more than half full and if you intend to join us, please register here.

P.P.S. – This week’s Facebook Live session will be held on Wednesday at 6pm EST/3pm PST.  You can join me on my Facebook Page here.  And you can watch previous sessions on my YouTube channel at CherylRichardsonTV here.