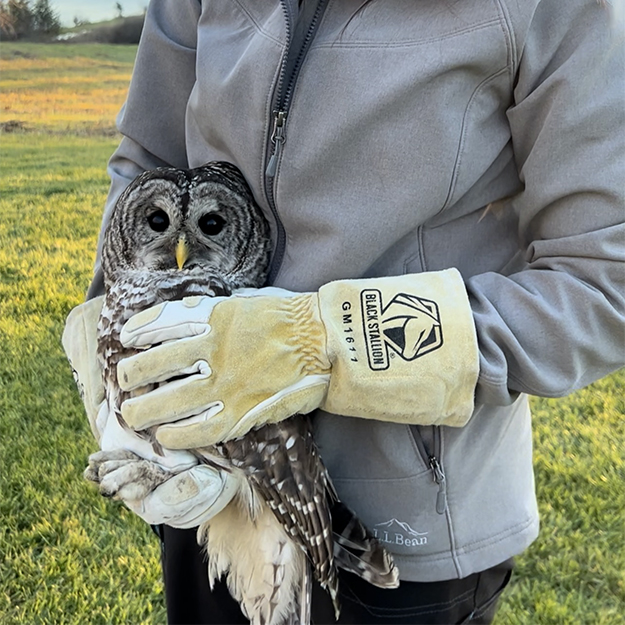 Eyes like saucers, innocent and wise. Weightless and ready, just moments away from taking flight. Yesterday I had the privilege of releasing a barred owl in our backyard after it had been rehabilitated by the Center for Wildlife in Cape Neddick, Maine.

If you’ve been reading my blogs for a while now, you know how much I love wildlife and this organization has been one of our favorites to support over the years. They save thousands of birds and animals and I’ve learned so much about the wild world from their amazing staff.

Michael and I think of our home as a sanctuary for animals and birds – deer, coyote, raccoons, owls, hawks, fox, hummingbirds, and most recently, a big old skunk who waddles around the backyard late at night looking for food. Nearly every day we have a surprise visitor, and when I was asked if I’d be willing to have the owl released in our yard I jumped at the chance.

I wanted to share the release with you because it’s a special moment and also because when we get up close and personal with wildlife, we’re even more inspired to do what we can to honor and protect the earth and her creatures. Wildlife has so much to teach us about presence, trusting our instincts, resilience, and unconditional love.

So first, take a look at the owl before she was released. She’s being held by Shelley, the medical director, while I put on gloves and get ready. 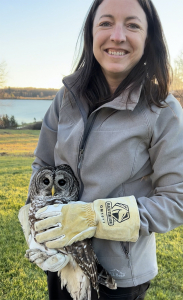 Then, once I donned gloves, I took the owl from Shelley and she captured a video of the release. This angel weighs about a pound and a half though she looks much bigger. And she clicks, clicks, clicks under stress which served as a good reminder to be gentle as I prepared to let her go. After the release, she stayed close to our home and I have a secret hope that she inhabits the owl house we installed a few years ago. It’s still awaiting its first tenant.

It makes me so happy to share my love of nature with you so I hope you enjoy this moment. And, if you’re looking for a well-vetted, honorable organization to support, please visit the Center for Wildlife’s website here. They are worthy of every dollar offered.

You can watch the release here:

P.S. –My new audiobook, Self Care for the Wisdom Years, is now available from Sounds True. You can find it, here.

How to keep things in perspective.
Scroll to top