I was standing next to a stranger waiting for a table in a restaurant when a commercial for the PGA Golf Tournament came on a nearby TV. Tears sprang to my eyes as I thought about my dad and how much he loved golf.

My friend Annie would often get him tickets to this annual Labor Day event in Massachusetts and my dad really enjoyed watching the pros play.

As I sat down to have lunch, a wave of sadness washed over me and I looked around the restaurant at the customers eating their meals. How many of these people appear content, but are struggling with their own losses or difficult life circumstances, I wondered?

It reminded me of a young man I met several years ago while traveling.

In October of 2012, I traveled to New York to teach a writer’s workshop. When I arrived at the event, I had a chance to meet a few of the attendees before getting on stage. One man approached, introduced himself as Jameal, and I immediately recognized his name as someone I had spoken to several times during my years of hosting a show on Hay House Radio.

It’s always fun to put a face with a name and I asked Jameal if I might give him a hug. We chatted for a bit and I left to begin the course.

The next morning, I was sitting in the hotel restaurant waiting for a friend to join me for breakfast when I discovered a post from Jameal on my Facebook page. He wanted me to know how my teaching had affected him in a positive way, and he also wanted to thank me for giving him a hug. “I don’t believe I’ve been hugged in 3 years,” he admitted in his post.

As I read over his words, I couldn’t help thinking, If only I had known…

If I had known it had been three years, I would have hugged him at lunch and during breaks. I might have asked others to hug him, too. Heck, I would have probably invited everyone to hug each other knowing there were probably others who could use it, too.

The memory of Jameal’s admission has stayed with me.

One of the benefits of dealing with loss is that it can make us more sensitive to others. Each time I find myself in the awkward situation of missing my dad while in public, I’m reminded that the human condition is such that most of the people around me could use a hug or at least a little more love.

This makes me a kinder woman, more patient, and less judgmental.

It’s a good practice, a comforting one even, to look at strangers this way.

Today, while grocery shopping, sitting at the beach, riding the subway, or waiting in line somewhere, look around and imagine what might be going on behind the scenes for those you see.

Then quietly send them a little love 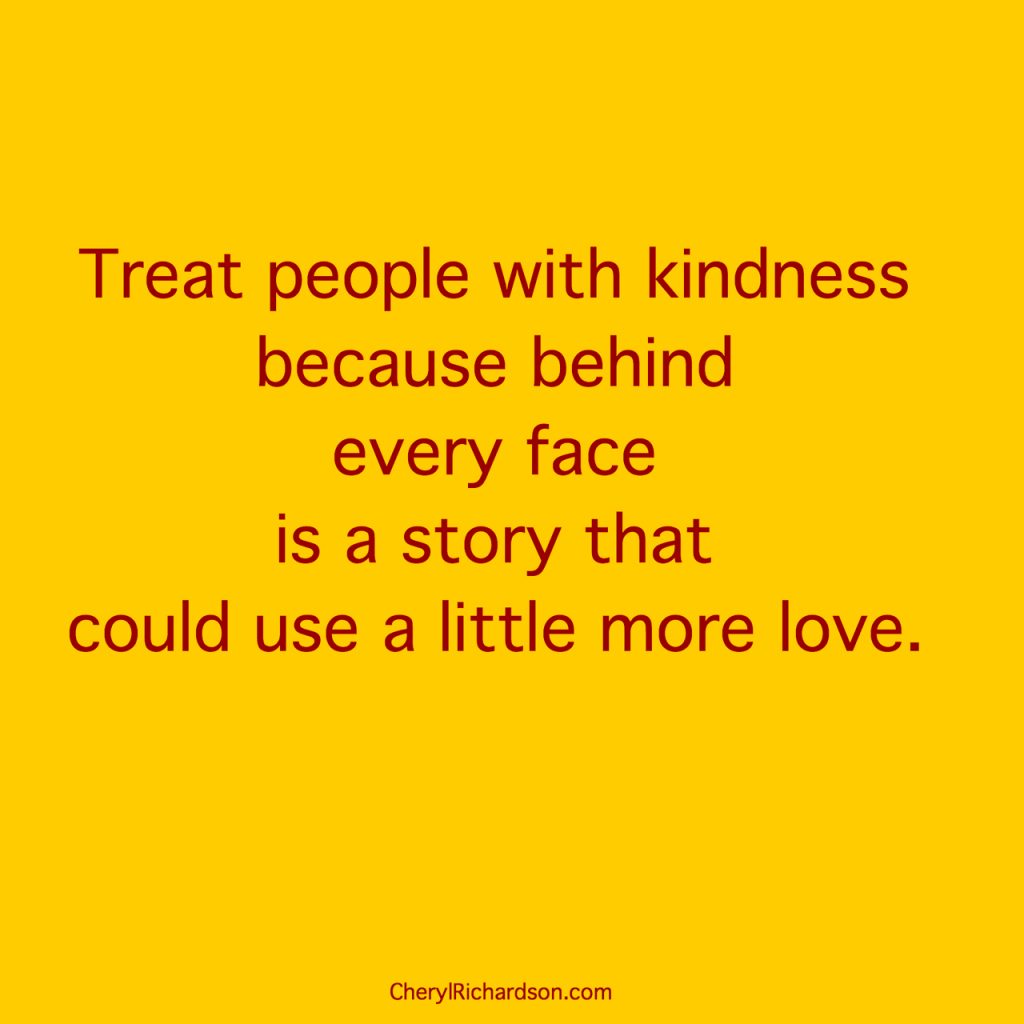 My friend and colleague, Robert Holden, is a gifted communicator who will make you laugh and think as you enter the “Land of More” by watching his TEDx talk called: “The Tea Meditation.”  You can find it here.