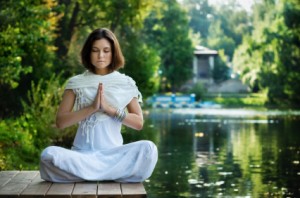 There are some spots left for my retreat at Miraval Resort and Spa with Louise Hay from February 3rd through the 7th.  This is a life-changing event where women from all over the world come together to heal, laugh, rest, get pampered, and enjoy each other’s company.  If you’d like to be with us, you can find more info, here.

I have a mission statement that reflects the guiding principals of my company.  This statement reads: “Work Smart, Have Fun, No Drama.” Although it was originally developed as a business tool, I’ve also adopted it for my personal life.  Last week, however, I broke rule #3 – No Drama.

About a month ago we received a piece of equipment for our home that arrived damaged. After careful inspection, Michael and I decided to refuse the shipment and have it sent back to the company. Once the truck left, I called and asked to have a credit issued on our charge card. I was told it would be taken care of right away. One month later I discovered that the credit was never issued.

When I called the company to inquire about the charge, I learned that the equipment was still sitting at the warehouse near my home. I was transferred to the president who offered us a discount to have the item repaired so he wouldn’t have to incur the cost of shipping it back to his warehouse. Empathizing with his dilemma, I agreed to have someone sent to the warehouse to assess the damage. That’s when the drama began.

What I thought was a simple solution (we were told the repairs would be easy), turned into daily phone calls, too much paperwork, and engaging with an owner who never followed through on his promises.  After two weeks of craziness, I realized that my frustration not only stemmed from the ongoing problems, it was also because I was angry at myself for ignoring my rule of “no drama” in order to help out the president of the company.

We all get caught up in drama at one time or another. It comes in many forms. You might be struggling with infighting between family members, roped into a legal hassle with someone who mistakenly sees the proliferation of paperwork as progress, or embroiled in a nasty divorce that keeps everyone living on the edge. Sometimes the drama occurs in our minds – obsessing over something we did in the past, worrying about whether or not we’ll get an outcome we desire, or overthinking a problem to death.

You know you’re caught up in drama when you feel a sense of ongoing, emotional entanglement in a situation – a circumstance that seems to take over your life. While there are some events that take time to get resolved, that doesn’t mean you have to suffer. If drama is on your plate, here are three things you can do to create more peace:

1. Stop talking about it. Don’t gossip with others, don’t debate the situation to death, and don’t allow others to bait you with inquiries about what’s going on. Talking about the details over and over again gives more energy to the problem rather than the solution.

2. Identify the button pushers. Oftentimes drama is fueled by unresolved past issues that get stirred up by present-day problems. If you feel like a five-year-old every time you find yourself in the company of your ex for example, chances are he or she is retriggering a situation from your past where you may have felt powerless or afraid. These are therapy issues that can be worked through with the support of an experienced counselor. If you can’t afford that kind of help right now, check out John Lee’s book, “Growing Yourself Back Up,” for great advice and direction.

3. Visualize a successful outcome for all those involved. Put energy into the solution by creating some kind of visualization (and verbal affirmation) that you can turn to when you feel frustrated, anxious, or fed up. Think of an image that helps you to feel cared for, powerful, and calm. One friend of mine used the image of a wise and loving grandmother as she went through her painful divorce. Each time she needed to take some kind of action, she followed it up by placing herself and the problem in the lap of this grandmother (in her mind’s eye) while quietly repeating to herself, “I see this situation resolved for the highest good of everyone involved.”

There’s an old saying that you can’t have a war when one side doesn’t show up.  Be that side. Do what you have to do to address the situation and then walk away from the drama. Not only do you give yourself (and the problem) the greatest chance for a successful outcome, you protect your peace of mind – the most valuable gain of all.

Ready to leave the drama behind? Create a sign that says: Drama Free Zone, and keep it nearby to remind you to practice one or more of the suggestions above.

This week’s video is short and amazing.  What a cat!  You can view it here.  Thanks, Ingela!

Week 41 – Birthing the New: Make space for what’s next
Scroll to top